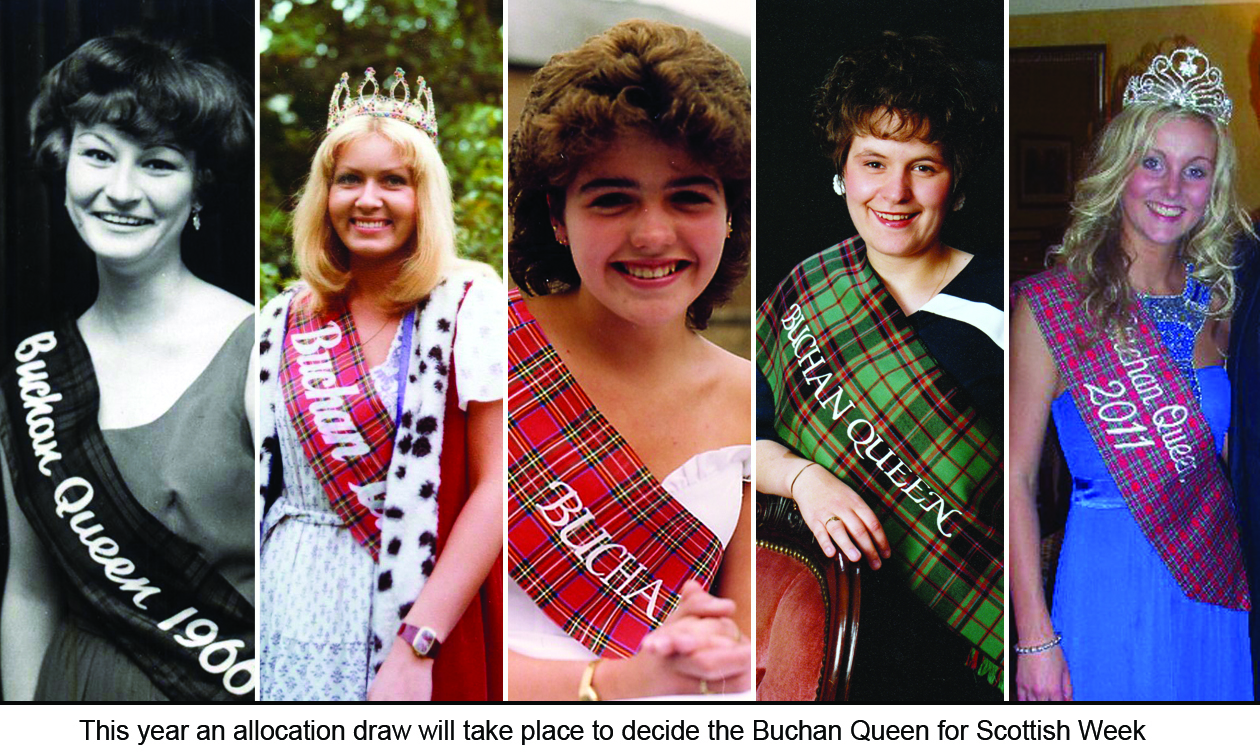 The Peterhead Scottish Week committee are on the look out for former Buchan Queens and Buchan Princesses to nominate themselves for this year’s Buchan Queen.

As the world is still gripped by the COVID-19 pandemic, the committee have decided to go ahead with the 59th Peterhead Scottish Week (18 – 26 July) albeit in a virtual format – with events planned via Zoom and Live Broadcasts.

The safety of the public and the of committee and volunteers are of the greatest importance and whilst it is unfortunate that this year won’t have many of the outdoor events we remember; it is hoped that events such a Peterhead’s Got Talent, Artists’ Challenge and Bingo will go ahead ONLINE!

The allocation draw will be conducted in due course, but it is quite possible that we will see one individual crowned Buchan Queen twice; or we may see a former Princess elevated to Queen for this year. The last time an entrant held two roles was Morag McDougall, Buchan Queen 1992 and previously a Buchan Princess in 1991.

The role will be slightly different this year, but it is hoped that even virtually the ‘Quarantine Queen’ will announce winners etc, in an effort to continue the tradition of being an ambassador for Scottish Week and Peterhead itself.

Whilst an allocation draw is something more associated with Football Tournaments, it was felt that this was the fairest way to choose 3 individuals this year.

This is not the only method used by Scottish Week over the years to pick its Buchan Queen. Traditionally, a dinner/dance was held where judges really got to know the entrants. In the early years it was a number of qualifying dances that was used, as girls were chosen for a place in the final. A fashion show was also used in the early 1980s and an actual beauty contest was held in 1980. First and foremost though, it must be said that choosing the Buchan Queen has always been about personality.

Many think that the title ‘Buchan Queen’ pre-dates ‘Peterhead Scottish Week’, which began in 1962, but they would be wrong. Prior to Scottish Week, Peterhead hosted a summer gala that ran from 1958 to 1961 and chose a ‘Gala Queen’. Even further back, a ‘Herring Queen’ was crowned, with girls nominated from the many fish factories throughout the town.

However, the first mention of ‘Buchan Queen’ coincides with the first ‘Peterhead Scottish Week’. Madeline Kelly was chosen at the first “Buchan Queen Personality Contest” in a dance final held at the Palace Hotel.

If you know former Buchan Queens/Princesses, then why not encourage them to enter this years draw? Nominees are being taken through the Peterhead Scottish Week Facebook page. Entries close on 30 June 2020.

Unable to fetch the feed
Error :